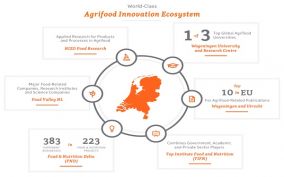 The Netherlands with a population of 17m is Europe's top agri-food exporter while agri-food trade from the European Union (EU-28) to the rest of the world has been ahead of the United States in recent years. Ireland had a 10th ranking in the agri-food export league in the EU in 2016 and the United Kingdom was in 7th place, boosted by the whisky sector. 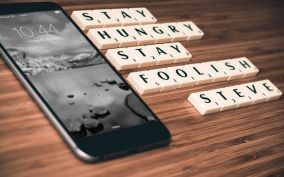 Entrepreneurship in crisis in Ireland, Europe and United States

The words 'entrepreneurship' and 'entrepreneur' are used by policy makers and the media to describe business enterprise founders while the stars in particular in the high tech sector are seen as risk takers who have bet big on what may have once been seen as implausible ideas. Here our main focus is on employer firms in all sectors with at least one employee and data from the United States show that since 1977 the rate of new employer business formation (before accounting for firm deaths) has halved to about 8% — similar to firm birth rates  in Europe (2015) and Ireland (2016). The number of entrepreneurs is down from both the years 2000 and 2007 (the latter year was the last before the onset of the Great Recession). 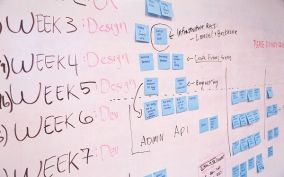 High-growth firms (HGFs) are not typically high-tech firms, just as the word 'startup' may not refer to a new tech company despite the common misusage in the lexicons of politics, business and journalism. Policy makers also need to be aware that rapid growth of HGFs is typically not sustained. 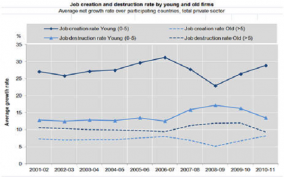 Age not size of firms is the key generator of most net job creation in an economy over time and while the typical (median) young firm up to 5 years old creates no net employment (job creation is more than matched by destruction) a tiny proportion provide the jobs engines. 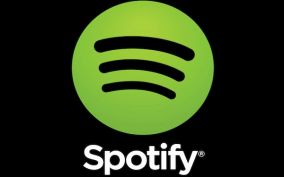 Venture capital investments in Europe fell sharply in the third quarter of this year and this week the Financial Times reported on a speech in London which put Europe's tech woes in stark terms. However, while policy makers should give attention to innovation in economies, just focussing on the tech/ digital sector is a road to economic and political failure. 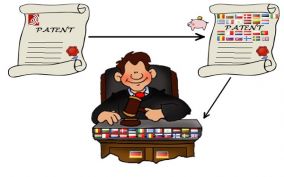 Despite the presence of significant units of some of the world's most innovative companies in Ireland, "Patenting in particular is noticeably low compared to the innovation leaders, and more recently compared to Singapore, which has now overtaken Ireland in filing volume," according to an international report. 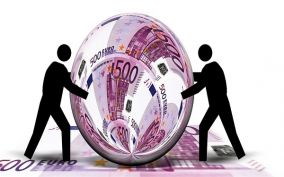 On Friday the Irish Venture Capital Association (IVCA) announced that "high tech Irish SMEs raised €249m in the second quarter of 2016 or a record €486m for the first half of the year" — up 58% on H1 2015 but much of this is a sham in the same league as Apple holding over $200bn in cash in Irish subsidiaries in Cork, or Irish GDP growth of 26% in 2015 which Paul Krugman, the US economist, last July dubbed Leprechaun Economics! 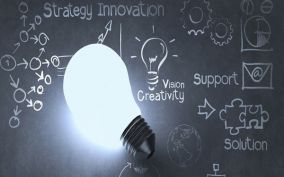 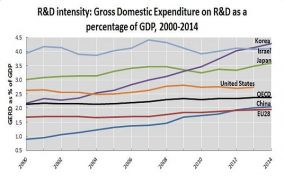 Japan and the United States lead a small group of nations that are driving innovation in 3D printing, nanotechnology and robotics, three frontier technologies that hold the potential to boost future economic growth, a biennial report from the World Intellectual Property Organisation (WIPO), a United Nations agency, shows. 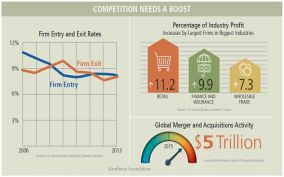 Americans started fewer businesses in 2013 than in 1980 when the population was 28% smaller and the drop in startups in recent decades has coincided with concentration among older businesses damping competition and innovation.