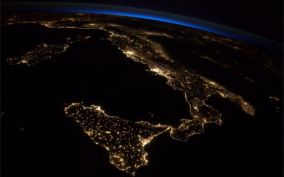 Italy in crisis again but average incomes higher than Ireland’s

Italy is in crisis again, following an election that gave populist parties of the right and left about half the votes cast while the centre-left Democratic Party (PD) plunged to 19% of the vote. However, after two decades of near-stagnation, average incomes in 2016 were higher than Ireland's as reflected in Eurostat data on consumption of public and private goods/ services, adjusted for price differences and the OECD's latest data on net adjusted disposable income. 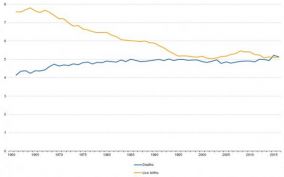 Robots and other technological advances such as artificial intelligence (AI), and driverless vehicles, will enable countries in Europe with declining populations to sustain economic growth. Migrants may as well, but those populations do also age while large-scale migrations can result in political and social discord. 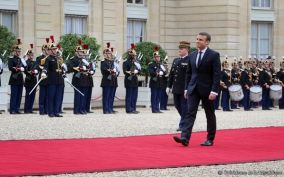 Jean-Luc Mélenchon, a leader of the far left who made common cause with the Communists in this year's French presidential election, was the wealthiest candidate of the leading candidates while Emmanuel Macron with a new political party defied conventional wisdom and became the youngest leader of France since the 30-year old Napoléon Bonaparte seized power in a coup d'état in 1799. 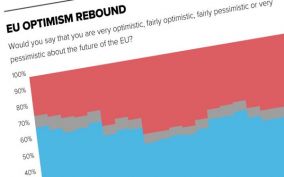 In 2016 European Union economic growth exceeded that of the United States and this year the recovery continues while UK and US growth remain weak. In a dramatic signal of rising public confidence , a majority of Europeans say they are optimistic about the future of the EU and more than two-thirds identify themselves as EU citizens, according to a Eurobarometer survey of more than 33,000 people across the union and in candidate countries. 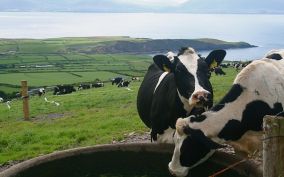 If Ireland had maintained its independent currency, and operated on the international currency markets much as the Danish and Swedish authorities do with their kroner, the value of the punt would have fallen to reflect Ireland's links with the UK and the economic reality of Ireland's trading relations. The country is still vulnerable to destructive currency swings, something it has no control over. 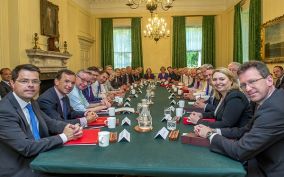 Brexit: The UK is the most globalized big economy in the world and despite the disastrous general election results for the Conservative Party, it's unlikely that exit negotiations with the European Union will result in unimpeded access to the world's biggest trading market — John Redwood, a Eurosceptic Tory MP, said last Friday that both Labour and the Conservatives had ruled out staying in the single market. "We were honest with the British people and there is no option to stay in the single market without accepting all of the European laws, the superiority of the European Court of Justice, the freedom of movement and the budget contributions," he said. 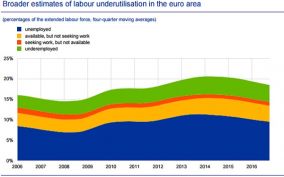 The European Central Bank on Wednesday in its monthly Economic Bulletin highlighted a study which shows that unemployment in the Eurozone is worse than official data suggest. The broad rate of unemployment is in the 15% - 18% range. On Tuesday Finfacts reported that the Irish rate was 15% compared with the official rate of 6%. 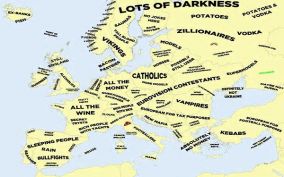 European nations have much in common but cultural differences abound and while stereotypes should be treated with caution they may both confirm positive and inconvenient truths. 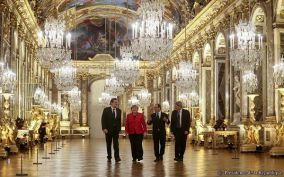 Saturday's 60th anniversary celebrations of the signing of the Treaty of Rome on March 25, 1957, which provided for the establishment of the European Economic Community (EEC) that was later called the European Union, had its genesis in 1950 when Robert Schuman (1886-1963), French foreign minister, proposed the creation of a European Coal and Steel Community (ECSC), where countries would pool coal and steel production. 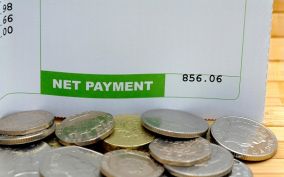 We wrote in December on [Germany a beacon of stability has "never had it so good"] — and cited the stunning speech in the same month of Mark Carney, governor of the Bank of England, who spoke of Britain's first lost decade since the 1860s. On Thursday following this week's Spring Budget, economists have warned of a 15-year average real (inflation-adjusted) earnings freeze and the slowest growth since Britain was engaged with France in 1803-1815 wars, called the Napoleonic Wars.