War and Peace: Tolstoy's rejection of the 'Great Man' theory

Leo Tolstoy (1828-1910: Lev Nikolayevich, Graf [count] Tolstoy, in Russian], one of the world’s greatest novelists, is currently getting general attention because of the BBC's adaptation of his epic and monumental novel War and Peace, which was written in 1865–1869. It is set in the period from 1805 to 1820 and describes the war between Russia and France through 1812. The book also contains an analysis of leadership that has resonance today, and Tolstoy rejects the notion that great men were instrumental in achieving success or failure in history.

Tolstoy had direct experience of war in the Caucasus region where the Russian empire was engaged in a counterinsurgency campaign against upland Muslims. Later in 1853-1855, he was a member of an artillery brigade during the Crimean War.

The term Great Man Theory was used by Thomas Carlyle, a Scottish historian and philosopher, who wrote in 1841:

The history of the world is but the biography of great men.

Carlyle said heroes shape history through the vision of their intellect, the beauty of their art, the strength of their leadership and, most important, their divine inspiration.

War and Peace is said to have 580 characters, many historical, others fictional whose roles are far removed from the elites at the apex of the pyramid.

Simon Schama, the English historian, told TimeOut magazine why he rereads the novel:

...because all of life is in its pages: private and public, the universe of the heart and the universe of war, personal history and the world’s history. Also because Tolstoy does astonishing things with the minutiae of life. No one has got the totality of what it feels like to live in human skin so exactly. And the book is startlingly groundbreaking in so many ways. I’ve read it eight times, each time with renewed exhilaration and passionate engagement. Roll on the ninth.

And it was not Napoleon who directed the course of the battle, for none of his orders were executed and during the battle he did not know what was going on before him. So the way in which these people killed one another was not decided by Napoleon's will but occurred independently of him, in accord with the will of hundreds of thousands of people who took part in the common action. It only seemed to Napoleon that it all took place by his will...Napoleon at the battle of Borodino fulfilled his office as representative of authority as well as, and even better than, at other battles. He did nothing harmful to the progress of the battle; he inclined to the most reasonable opinions, he made no confusion, did not contradict himself, did not get frightened or run away from the field of battle, but with his great tact and military experience carried out his role of appearing to command, calmly and with dignity (Book X: Chapter XXVIII).

We are familiar in contemporary times with political and business leaders claiming credit for good news, while blaming events beyond their control for their failures.

Prof John Kay, the Financial Times columnist, wrote a piece in October 2008 — possibly the scariest month of the financial crisis — with the title 'Could Napoleon have coped in a credit crunch?' (John Kay's blog):

John Sculley was chief executive of Apple from 1983 to 1993. He gave an extended account of his experiences to Fortune magazine, which posed the question: “Sculley – chump or champ?” Mr Scullery's tenure included a period of great success — Apple’s graphical user interface brought the present computer within the capabilities of everyone; and a period of serious failure — Microsoft achieved almost complete dominance of the industry. How could one man have been both so right and so wrong?

The analysis overlooked the obvious answer — that neither Apple’s success nor its failure had much to do with Mr Sculley, an able corporate bureaucrat who rode the roller-coaster of high technology. Our desire to see history through the lives of great men blinds us to the real complexity of politics, business and finance, and leads us to find intentionality and design where there are only chance and improvisation.

Following the death of Steve Jobs, Apple co-founder, Malcolm Gladwell in The New Yorker, wrote in a piece 'The Tweaker - The real genius of Steve Jobs':

One of the great puzzles of the industrial revolution is why it began in England. Why not France, or Germany? Many reasons have been offered. Britain had plentiful supplies of coal, for instance. It had a good patent system in place. It had relatively high labor costs, which encouraged the search for labor-saving innovations. In an article published earlier this year, however, the economists Ralf Meisenzahl and Joel Mokyr focus on a different explanation: the role of Britain’s human-capital advantage — in particular, on a group they call “tweakers.” They believe that Britain dominated the industrial revolution because it had a far larger population of skilled engineers and artisans than its competitors: resourceful and creative men who took the signature inventions of the industrial age and tweaked them — refined and perfected them, and made them work.

Duncan Watts, a principal researcher at Microsoft, author of Everything Is Obvious, Once You Know the Answer (2011) and a former professor of sociology at Columbia University, wrote in 2012 on what he called an early classic of social psychology, La psychologie des foules (1895); English edition The Crowd: A Study of the Popular Mind (1896), where Gustave LeBon (1841-1931) said the role of the leader was more subtle and indirect while it was the crowd, not the princes and generals, that had become the driving force of social change.

Leaders still mattered, but it wasn’t because they themselves put their shoulders to the wheel of history; rather it was because they were quick to recognize the forces at work and adept at placing themselves in the forefront.

Even before LeBon, no less an observer of history than Tolstoy presented an even more jaundiced view of the great man theory. In a celebrated essay on Tolstoy’s War and Peace, the philosopher Isaiah Berlin summed up Tolstoy’s central insight this way: “the higher the soldiers or statesmen are in the pyramid of authority, the farther they must be from its base, which consists of those ordinary men and women whose lives are the actual stuff of history; and, consequently, the smaller the effect of the words and acts of such remote personages, despite all their theoretical authority, upon that history.” According to Tolstoy, in other words, the accounts of historians are borderline fabrications, glossing over the vast majority of what actually happens in favor of a convenient storyline focused on the skill and leadership of the great generals.

Thinkers like Le Bon and Tolstoy and Berlin therefore lead us to a radically alternative hypothesis of social change: that successful movements succeed for reasons other than the presence of a great leader, who is as much a consequence of the movement’s success as its cause. Explanations of historically important events that focus on the actions of a special few therefore misunderstand their true causes, which are invariably complex and often depend on the actions of a great many individuals whose names are lost to history. 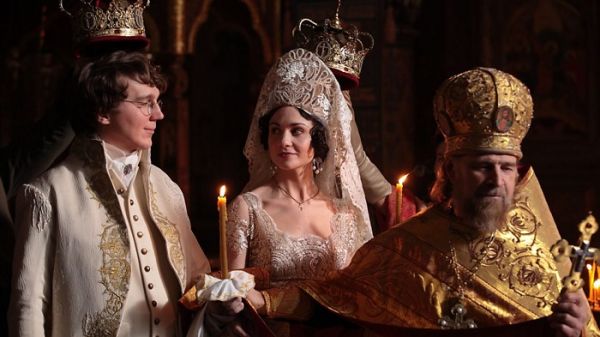 On the centenary of the birth of Abraham Lincoln (1809-1865) and a year before his own death, Leo Tolstoy explained why the 16th president of the United States was his hero:

Now, why was Lincoln so great that he overshadows all other national heroes? He really was not a great general like Napoleon or Washington; he was not such a skilful statesman as Gladstone or Frederick the Great; but his supremacy expresses itself altogether in his peculiar moral power and in the greatness of his character. He had come through many hardships and much experience to the realization that the greatest human achievement is love. He was what Beethoven was in music, Dante in poetry, Raphael in painting, and Christ in the philosophy of life. He aspired to be divine — and he was...the highest heroism is that which is based on humanity, truth, justice and pity; all other forms are doomed to forgetfulness. The greatness of Aristotle or Kant is insignificant compared with the greatness of Buddha, Moses and Christ. The greatness of Napoleon, Caesar or Washington is only moonlight by the sun of Lincoln. His example is universal and will last thousands of years. Washington was a typical American, Napoleon was a typical Frenchman, but Lincoln was a humanitarian as broad as the world. He was bigger than his country — bigger than all the presidents together. Why? Because he loved his enemies as himself and because he was a universal individualist who wanted to see himself in the world — not the world in himself. He was great through his simplicity and was noble through his charity.

Opening pages of The Hedgehog and the Fox