New Irish government will be in office but without real power

The new Irish government that is expected to be formed this Thursday will be in office but powerless from the start. Fine Gael, the biggest party, has 50 seats in the 158-seat Dáil and it will avoid decisions that would not get support of Fianna Fáil, the second biggest party with 43 votes in the chamber, plus independent TDs and Sinn Féin, the third biggest party — from the start Fianna Fáil will be biding its time to trigger the collapse of the government; Sinn Féin will not help the government to survive while winning support of independents will be like herding cats.

It is over two months since the general election and discussions between parties and with independent TDs since then have been about minor issues not the big challenges facing the economy.

It is of course no revelation that Irish politics typically is focused on what are called parish-pump issues and multi-seat constituencies promote the typical messenger role of the local TD.

The 32nd Dáil Éireann is the third Dáil since the second huge economic crash in a generation and it's striking how few members have made a mark in response to over 300,000 job losses and the misery brought by reckless misgovernance. There is no evidence thus far that the new intake of TDs, many of them non-party, have fresh ideas to challenge conventional wisdom and the status quo.

If after 30 years of reports, the last government with a huge majority could only introduce timid legal services reform towards the end of its five-year term, with many issues subject to further reports, why would anyone expect Enda Kenny as taoiseach again, to embrace radicalism?

The main challenges that the Government will have to consider and apply short-term band-aid remedies are:

The OECD (Organisation for Economic Cooperation and Development) has highlighted how Ireland has a high percentage of young people with tertiary qualifications but also many in the workforce with low skills.

Both Fine Gael and Labour promised 50,000 apprenticeship places in their election programmes but the dual education is a Cinderella of the education system — despite modern apprenticeship systems in Germany, Austria, Denmark and Switzerland, being important factors in low youth unemployment.

Business has to participate and firms should be forced to fund a modern system.

In February there were 79,000 people in activation schemes including 23,000 in education courses — these courses are mostly useless according to the ESRI.

The poor occupational pension coverage in the private sector is not an issue — ie. it's not even on a priority list — of the people who will never have to worry about making ends meet when retired.

Richard Bruton, jobs minister, has had a quiet time since the election as his main job is not making policy but attending jobs announcements, usually in relation to American firms — typically claiming what a great job he and his colleagues are doing.

Pervasive government spin didn't really impress many voters and hopefully, ministers may see value in telling the truth for a change.

It would be a help if the Central Statistics Office (CSO), the Department of Finance, the Central Bank and the Economic and Social Research Institute (ESRI), would use published estimates of distortions caused by tax avoidance to ensure that national accounts/ productivity data are more consistent with reality than currently exists — Double Irish services exports; overseas contract manufacturing; the impact of foreign companies (mainly American) that have moved their headquarters to Ireland on gross national income (GNI) and Balance of Payments (current account) and other distortions.

Exports not a significant jobs engine for Irish economy

Expected changes in international corporate tax rules should prompt attention to the long-term poor performance of the indigenous exporting sector.

Image on top - Slow-motion Government: This week Leo Varadkar, acting health minister, announced that after 14 years of discussions, a new children's hospital project in Dublin will be completed by 2020. 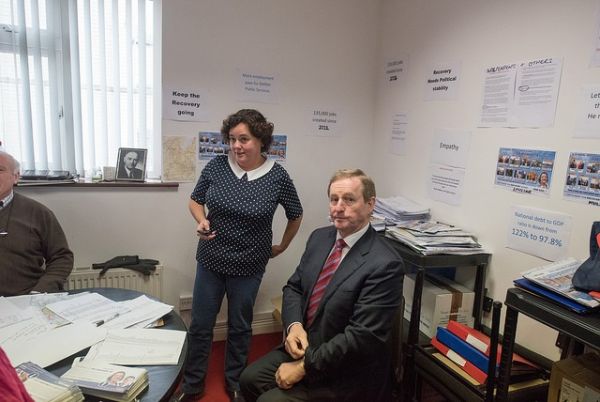