The three-leaf clover or shamrock has for long been a symbol of Ireland (see our logo above) and it's particularly associated with St. Patrick's Day — Ireland's national day on 17 March. In the United States where some 40 million people are of Irish descent, it has been a tradition in recent decades to present the president with a bowl of shamrock on St. Patrick's Day but this year there are calls for Enda Kenny, the taoiseach (Irish prime minister), to decline an invitation to the White House to protest President Trump's ban on travel to the United States by residents of seven mainly Muslim countries.

In early December Kenny was in New York where he met two Trump economic advisers but the then president-elect was not available to meet him — Trump has been the owner of an Irish golf course since 2014.

Besides, Trump's 'America First' position and bullying of companies that move jobs to countries such as Ireland, means that Kenny's role as a salesman in the US looking for new American projects will be unwelcome.

A statement from a Kenny spokesperson says that the visit to Washington DC allows the taoiseach to "outline, in person, his government's views on a range of issues, including business and economic ties, immigration and other matters of common interest. He will continue to act in the interests of Irish people and to that end he will raise these matters again this year."

What can be expected is that Kenny would tug the forelock to the volatile president, just like Theresa May, the British prime minister, who met Trump last week at the White House.

In contrast, Angela Merkel, the German chancellor, who spoke to Trump in a phone call on Saturday showed backbone by rejecting a religious-based ban on entry to the US.

Steffen Seibert, Merkel's spokesperson, said on Sunday in respect of Trump's ban on entry of refugees from the Syrian civil war:

The Geneva Refugee Convention requires the international community to take in refugees from war on humanitarian grounds. All signatory states are expected to do so. The chancellor explained this policy to the US president in their call yesterday."

The New York Times says in a report posted Monday:

A close relationship with any American president is regarded as crucial by allies and foes alike, but especially by intimates like Britain, Canada, Japan and Mexico. Yet like moths to the flame, the leaders of those nations are finding that they draw close at their peril...The danger of playing nice with Mr. Trump should come as little surprise to his country’s allies. Besides campaigning on an “America First” platform, he has regularly argued that allies have been taking the United States for a ride, in trade, security and financial terms.

While he has been cordial in public settings with the leaders of those allied nations, Mr. Trump has turned on them soon afterward.

US companies employ about 140,000 people in Ireland — just over 7% of the workforce, and the policy and business establishment of course would oppose the cancellation of a visit by Kenny to the White House.

There is the argument that for its size, Ireland "punches above its weight" in the US while we cannot afford to have a litmus test based on democracy and human rights when it comes to trade and investment.

There is the stronger argument that we look to the long-term and support the values of the majority who voted in the presidential election last November.

The minority president will serve four or eight years while the leading foreign direct investors in Ireland who are critics of the Muslim ban, would not withdraw in response to a Trump Twitter tantrum.

It's delusional to believe that Trump will do any favours for Ireland or that Ireland can influence his America First policy moves. 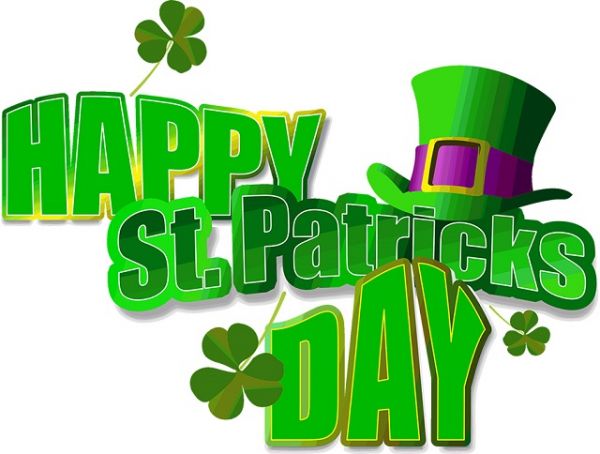 America First was the name of an organisation that was founded in 1940 to support the appeasement of Hitler. It was anti-Jewish and there was similar prejudice in Ireland at the time.

On 3 May 1945, the secretary of Douglas Hyde, the president of Ireland, visited the German embassy.

On 4 May 1945, The Washington post criticised the Irish "moral myopia" saying:

Even in death, Hitler forced a choice upon neutral governments. By their response they have judged themselves and that judgement in the case of Éire (Ireland) and Portugal is a condemnation in the eyes of all free people.

De Valera regarded the post-war Nuremberg trials as illegal and Nazi war criminals were given refuge in Ireland.

Today's America First movement is less toxic than its 1940 antecedent but it still has many strands in common with fascism. Robert Kagan, a Washington Post columnist, wrote this  piece last year:

We’re supposed to believe that Trump’s support stems from economic stagnation or dislocation. Maybe some of it does. But what Trump offers his followers are not economic remedies — his proposals change daily. What he offers is an attitude, an aura of crude strength and machismo, a boasting disrespect for the niceties of the democratic culture that he claims, and his followers believe, has produced national weakness and incompetence. His incoherent and contradictory utterances have one thing in common: They provoke and play on feelings of resentment and disdain, intermingled with bits of fear, hatred and anger. His public discourse consists of attacking or ridiculing a wide range of “others” — Muslims, Hispanics, women, Chinese, Mexicans, Europeans, Arabs, immigrants, refugees — whom he depicts either as threats or as objects of derision. His program, such as it is, consists chiefly of promises to get tough with foreigners and people of nonwhite complexion. He will deport them, bar them, get them to knuckle under, make them pay up or make them shut up.

This phenomenon has arisen in other democratic and quasi-democratic countries over the past century, and it has generally been called “fascism.” Fascist movements, too, had no coherent ideology, no clear set of prescriptions for what ailed society. “National socialism” was a bundle of contradictions, united chiefly by what, and who, it opposed; fascism in Italy was anti-liberal, anti-democratic, anti-Marxist, anti-capitalist and anti-clerical. Successful fascism was not about policies but about the strongman, the leader (Il Duce, Der Führer), in whom could be entrusted the fate of the nation. Whatever the problem, he could fix it. Whatever the threat, internal or external, he could vanquish it, and it was unnecessary for him to explain how. Today, there is Putinism, which also has nothing to do with belief or policy but is about the tough man who single-handedly defends his people against all threats, foreign and domestic.

Ireland doesn't have to barter its morals to try and appease Trump — the admirer of Putin is not a Gulliver and Enda Kenny does not have to be a Lilliputian.

US embassy Dublin on bowls of shamrock

Pic above: Enda Kenny at a media briefing at Government Buildings, Jan 26, 2017