The Irish standard of living per capita is below the averages for the European Union (EU28), the Euro Area (EA19), and struggling Italy, according to data published in December 2015 by Eurostat, the EU's statistics office.

Actual Individual Consumption (AIC) is a measure of material welfare of households and AIC per capita expressed in Purchasing Power Standards (PPS: an artificial currency unit that eliminates price level differences between countries), is a proxy for individual standard of living (see below).

The December 2015 data are the latest for 2014 and show that 10 EU member states recorded AIC per capita above the EU average in 2014. Excluding Luxembourg as data are distorted by the fact that many workers in the Duchy live beyond its borders, Germany and Austria were more than 20% above the EU average. They were followed by Denmark, the United Kingdom, Belgium, Finland, the Netherlands, France and Sweden which all recorded levels between 10% and 15% above the EU average.

Actual Individual Consumption (AIC), refers to all goods and services actually consumed by households. It encompasses consumer goods and services purchased directly by households, as well as services provided by non-profit institutions and the government for individual consumption (e.g., health and education services). In international comparisons, the term is usually preferred over the narrower concept of household consumption, because the latter is influenced by the extent to which non-profit institutions and general government act as service providers.

Last September we reported that Irish standard of living per inhabitant was at 23rd of 34 rich nations according to a World Bank project which provides the most comprehensive analysis of global material well-being covering 179 countries.

The significant foreign-owned sector, public charges, coupled with the dysfunctional property system that makes land artificially scarce in a country that has the lowest population density in the European Union, has put Irish consumer prices at the fourth highest in the EU — the Euro Area index was at 101 in 2014 and Germany was also at 101 but Ireland was at 122.

Average hourly gross wages (ex non-wage costs) were just over one euro ahead of Germany in 2014.

The OECD reported in its Employment Outlook 2015 that the percentage of the Irish workforce on low pay — defined as the share of workers earning less than two-thirds of median earnings — at 23.3% in 2013 was the second highest after the US level of 25%, among the 34 member countries (27 are developed countries). Belgium was at 6.0% and New Zealand was at 13.7%.

The level in Germany was 18.8% — Germany has the highest manufacturing pay among the big country producers but it has also has a reliance on what are called public subsidised mini-jobs. There is evidence however that the new minimum wage may be having an impact on the number.

Micro + small firms accounted for 98% of all firms and 546,000 employees — just over 50% of total private sector employment (ex-agriculture/ forestry/ fisheries and non-market service sectors such as education and health).

The typical Irish worker in a micro or small firm (up to 49 employees) has no occupational pension — private sector pension coverage is the worst in the developed world according to the OECD.

Enda Kenny, taoiseach/ prime minister, has an entitlement to 3 public pensions — as a former teacher, member of the Dáil, and minister.

Investment in education was once seen as one of the factors in the emergence of the Celtic Tiger. This year the Organisation of European Cooperation and Development (OECD) highlighted the poor skills of much of the Irish workforce — see here (lower end of page).

Economics in the long-term depends on basic arithmetic as the experience of Venezuela, Greece and Argentina suggests. It also depends on producing goods and services that others will buy and over-dependence on foreign firms such as in Ireland and the UK puts a limit on equitable wealth creation — even in Israel which has a successful high tech sector, there is a dual economy with spillovers to the rest of the economy limited. 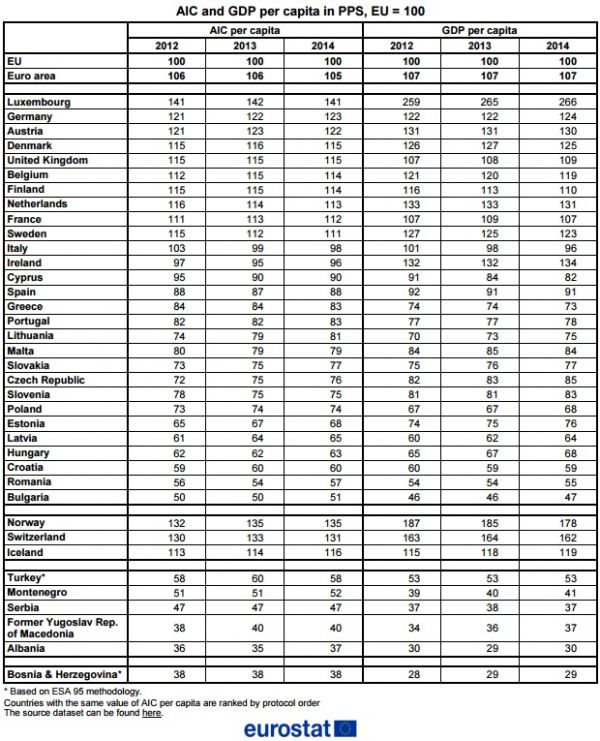