Irish Election 2016: A comeback for Lazarus and the Hidden Ireland!

The conventional wisdom that at least Fine Gael, the senior party in the outgoing governing coalition government, would reap the benefit of the Irish economic recovery in last Friday's general election, has been upended. As the count proceeds, Fianna Fáil, the architect of the property-fuelled boom and bust, has almost matched the Fine Gael vote, and after its near death experience in the 2011 general election, the once long-dominant political party can claim to have made one of the political comebacks that for political journalists at least merits comparison with Lazarus, the biblical character.

In the 1948 US presidential campaign, President Harry Truman made a reference to the parable of Lazarus, a beggar, and a rich man, that still has resonance today:

The Republican policy is to let the big fellow get the big incomes, and let a little of it trickle down off the table like the crumbs fell to Lazarus.

Twenty years later, James Reston, The New York Times columnist, called Richard Nixon's political resurrection the "greatest comeback since Lazarus" and in 1977 in Ireland the conventional wisdom was similar to 2016, that the Fine Gael-Labour coalition would win the general election and the Irish Times headline on 16 June 1977, polling day, read 'Coalition set to take election' — Fianna Fáil surged to victory and the Lazarus allusion was common among shocked pundits.

While the traditional Irish political system has fragmented, in contrast with small-country bastions of European democracy like Denmark, the Netherlands, Sweden and Switzerland, the 32nd Dáil Éireann will have no members who have won seats by scapegoating immigrants.

The taoiseach and his ministers are of course bitterly aggrieved that an 'ungrateful' people has not recognised its Trojan efforts in saving the Irish economy from ruin. However, they oversold their own achievements while not having any credible answer to the big challenges.

There are two economies in Ireland: one is doing well while the title of Daniel Corkery’s ‘The Hidden Ireland’ (1924) book could be used for the other Ireland where there is low pay, no occupational pension coverage, long-term unemployment, a costly health service that doesn't deliver, poor adult skills, and a housing crisis in Dublin.

Pay and conditions in the FDI (foreign direct investment) sector are typically better than in indigenous firms while despite very low inflation in recent years, the Irish prices level in 2015 was the fourth highest in the European Union.

The Government's propaganda machine has been using national accounts data that are heavily distorted by massive international tax avoidance but there is a disconnect with much of the economy.

Ministers and the Dublin media have been disconnected from a recovery that has been led by commercial property in Dublin related to FDI activity. The challenges facing the typical resident are highlighted by the standard of living that is below stagnant Italy's:

Outside of the FDI sector and graduates, the OECD says the skills of the workforce are poor compared with other developed countries — this perpetuates low pay and insecure employment.

Why is pension coverage so low in the private sector?

In County Dublin there is no shortage of zoned land for development.

In 2014 the Society of Chartered Surveyors Ireland (SCSI) said that there were 2,233 hectares of land zoned and available for the development of up to 100,000 homes in the four main local authority areas of Dublin. The New Housing Supply Capacity Report for the period 2014-2018 found that more than 100,000 residential units that would accommodate almost 270,000 people, could be built on the zoned land.

The Government's approach on social housing and the housing crisis in general has been to respond with band-aid type measures such as freezing rents and approving smaller size apartments but some fresh ideas are needed together with a willingness the cull sacred cows.

Promises on hospital waiting lists are easily made but the big question is why such a costly health service has some of the poorest outcomes?

The broad rate of unemployment is 18%.

The current rejection of Fine Gael and Labour should not result in a delusion that a new set of ministers will bring about a revolution as the majority of Dáil members will continue to be parish-pump politicians with little if any contribution to make to national issues. Most ministers will not have their own fresh ideas on issues but will continue to rely on consultants and review groups — Micheál Martin, the Fianna Fáil leader, when he was health minister, commissioned 145 reports!

However, the election results are a warning that failure cannot be masked by parties in government relying on the propaganda machine churning out spin and lies — as a lot of voters were not fooled in 2016.

Principled dissent within a political party on an issue — whether viewed right or wrong by the majority of members — often incurs a huge personal cost as Lucinda Creighton has discovered in her failed reelection bid, after Enda Kenny's penalty for opposition to an abortion measure in 2013 was expulsion from Fine Gael — disloyalty to the leader and earning the reputation as an independent thinker are typically not the route to ministerial office.

Of course voters are also not infallible and in Iceland in 2013 the parties that were responsible for the banking-led boom that ended in economic ruin 2008, were returned to power.

The governing Social Democratic/Left Green coalition's combined share of the vote fell from over 50% to under 25%, and they lost half their seats in the Althingi — the biggest plunge by any government since Iceland became a republic in 1944.

The Irish Labour Party has taken the brunt of Friday's backlash as it made foolish cast-iron (?) commitments during the 2011 campaign to reject pressure from the European Central Bank to repay senior bank bondholders.

The party was also ineffective in government and it for example backed a Fine Gael sweetheart deal with lawyers on legal services reform. 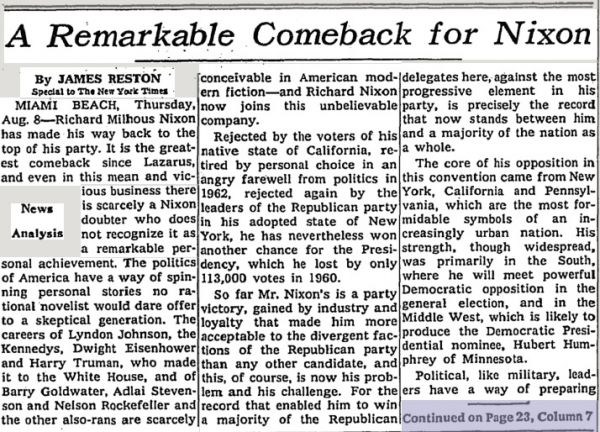