Art of the Lie: Trump and failures of top-paid US journalists

The US media isn't responsible for the creation of Donald Trump, the de facto Republican Party candidate for the presidency of the United States. However, it provided him with billions worth of free coverage while its top-paid television journalists in particular, abjectly failed in challenging him both on a raft of lies — some patently outrageous — and contradictory soundbite policy proposals that would have been ridiculed if they had been proposed by a lesser-known candidate.

It was Megyn Kelly, a female presenter of the conservative Fox News channel, who made the most pointed television challenge to Trump of the primary campaign, in the first Republican debate.

"You've called women you don't like, 'fat pigs,' 'dogs,' 'slobs,' and 'disgusting animals,'" Kelly began before she was interrupted by Trump. "Only Rosie O'Donnell," he said.

"No it wasn't. For the record, it was well beyond Rosie O'Donnell. Your Twitter account has several disparaging comments about women's looks," she continued.

"You once told a contestant on 'Celebrity Apprentice' it would be a pretty picture to see her on her knees. Does that sound to you like the temperament of a man we should elect as president?" Kelly added.

Last month Trump said if rival Hillary Clinton was a man "she'd get 5% of the vote."

Maureen Dowd, a female columnist of the liberal New York Times newspaper, who has a history of multi-decade bilious / splenetic commentary on Hillary Clinton, and thus has easy access to Trump, last January in a column compared the candidate for the Democratic nomination to a dog and wrote that Clinton ran as "a man last time around" and "is now running as a woman."

While Dowd may be emotionally curdled and compromised by her hatred of Clinton, most of the leading male television anchors have been sycophantic to Trump and have failed to counter his skill in avoiding answering tough questions.

Trump increased ratings for cable TV channels and producers accommodated the candidate including facilitating phone-ins where Trump could sit in his office and receive tips from aides.

"It may not be good for America, but it's good for CBS," said Les Moonves, CBS chairman.

Jeff Zucker, CNN president, who as president of NBC Entertainment, had handled deals with Trump, said in March that there had been "too much handwringing" about coverage of Trump — he was of course thankful for the demagogue as CNN's prime time audience was up 165% from a year before.

Trump, the New York City insider, who was bailed out by Wall Street banks after four bankruptcies, and is the subject of a fraud charge in respect of what was called Trump University, became the champion of angry white males using racist and anti-immigrant rhetoric — the fact he used undocumented immigrant labour himself did not matter. The candidate was once pro-abortion — in recent times he suggested that poor women who have abortions should be punished.

Last week in The Washington Post, Todd Gitlin, a professor of journalism and sociology at Columbia University, wrote:

He became the GOP’s (Grand Old Party) presidential nominee without revealing anything approaching a clear picture of his mind or his history. How’d he do it?

Trump regularly runs circles around interviewers because they pare their follow-up questions down to a minimum, or none at all. After 30-plus years in the media spotlight, he knows how to wait out an interviewer, offering noncommittal soundbites and incoherent rejoinders until he hears the phrase, “let’s move on.” He takes advantage of the slipshod, shallow techniques journalism has made routine, particularly on TV — techniques that, in the past, were sufficient to trip up less-media-savvy candidates — but that Trump knows how to sidestep.

MSNBC’s Joe Scarborough and Mika Brzezinski regularly host Trump, but almost never interrogate him. [ ] When they do get around to questioning him, it tends to go like the Feb. 18 televised town-hall appearance where Trump insisted: “I said the [Iraq] war is a disaster because you’re going to destabilize the Middle East. I said it long before 2003...I’m the only one that said don’t go in and I said it in 2003, I said it in 2004...There’s headlines and magazines. Don’t go into the war.” To this, Scarborough reasonably asked, “So where did you say this?” But Trump was able to wriggle away with this nonresponse: “I said it all over the place. It’s written all over the place, Joe — 2003, 2004 headlines and articles.” To which Scarborough threw in the towel: “OK.” Whatever Scarborough’s recent criticism of Trump, in The Post and via Twitter, on his own TV show he’s been a softie.

Prof Gitlin said that reporters at major news outlets need to inquire more deeply into Trump’s alleged business relationships with mafia-controlled construction companies, and about the way he cut corners to get lavish taxpayer subsidies and government approvals for his hotels and casinos — questions that still lack complete answers since they were raised in Wayne Barrett’s 1992 book, “Trump: The Deals and The Downfall,” and further developed by Pulitzer Prize-winning journalist David Cay Johnston.

He added that journalists need to remind Trump, and voters, of the many times he’s claimed as fact something demonstrated to be false — that on 9/11, for example, “thousands and thousands of people” in New Jersey Arab American communities cheered the destruction of the Twin Towers. If Trump says he can’t remember, remind him he claimed to have “the world’s greatest memory.”

It is possible to hold Trump’s feet to the fire. You have to be resolute and persistent. 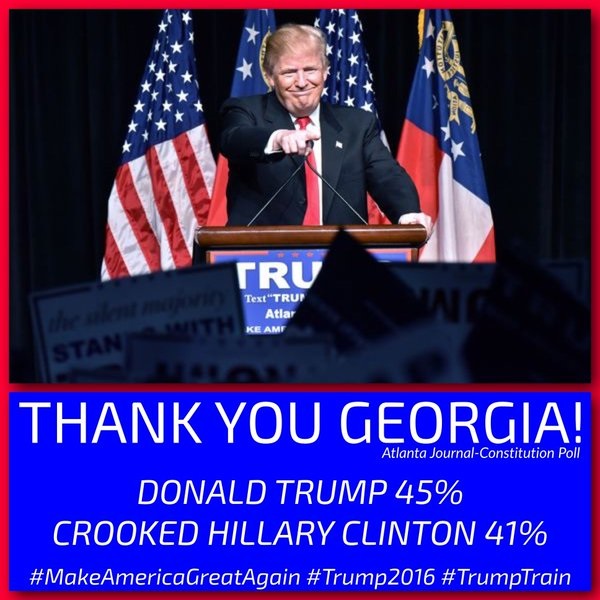 All politicians lie and exaggerate but Trump is in a class of his own.

PolitiFact, one of the leading US fact checkers, earlier this year awarded Trump the 2015 Lie of the Year.

These are the ratings on campaign statements made by Trump, Clinton and Sanders.

PolitiFact says the Trump technique is to first, raise an outrageous untruth: Trump throws a rhetorical grenade at rival Senator Ted Cruz on the day of the critical Indiana primary (3 May), linking Cruz’s father to the man who shot President John F. Kennedy. Cruz’s father calls the charge "ludicrous" and PolitiFact agrees, rating it Pants on Fire.

Next, bank on the media coverage: Trump highlights Cruz’s outrage, then soundly wins the Hoosier State, prompting Cruz to suspend his campaign.

After that, ride it out: The presumptive Republican presidential nominee refuses to apologize and instead defends his attack with more inaccurate claims, before sort of taking it back.

This chain of misinformation epitomizes Trump’s long-time philosophy of hyperbole as promotion, bombast over facts. The strategy [ ] helped him become the GOP’s last man standing.

In an interview on ABC’s Good Morning America, Trump said he doesn’t owe Rafael Cruz an apology because "all I was doing was referring to a picture that was reported and in a magazine."

"And I think they didn’t deny it. I don’t think anybody denied it," he added. "I don't know what it was exactly, but it was a major story and a major publication, and it was picked up by many other publications."

This is not true. The Cruz camp did deny the initial allegation made by the Enquirer and again when Trump brought it up. Furthermore, Trump seemed aware of this when he called Cruz’s angry response to his charge "unhinged" and "crazy."

The second part of Trump’s argument is also illogical, pointed out Michael LaBossiere, a philosophy professor at Florida A&M who studies theories of knowledge.

"His approach of getting attention drawn to a story and then using this attention to ‘prove’ the story is true because it is ‘major’ and repeated is an established technique — a version was used in the lead-up to the second Iraq war," LaBossiere said.

Trump was pressed about his accusation on NBC as well, when the Today Show’s Savannah Guthrie asked, "Why in the world would you do that?"

"Savannah, I was on a show, and they played a clip of Ted's father, who was very active in the campaign. It's not like he is an inactive person," Trump said. "And I just asked, what was that all about? So this was just in response to some very, very nasty — I mean, honestly, very, very nasty remarks that were made about me.

Pic on top: Sheldon Adelson (82), billionaire casino owner, who has announced that he will donate to the Trump campaign.